Arsenal’s pursuit of legendary Chelsea goalkeeper Petr Cech was the biggest transfer saga of 2015 – so far.

It finally ended on June 29 when the 33-year-old completed his controversial move across London, penning a four-year contract after joining the Gunners for a fee of around £10m.

Cech began life at his new club on Friday.

The Czech international took part in training and looked like an absolute boss between the sticks at London Colney.

Arsenal shared the below picture on Instagram and it caused a lot of excitement, with more than 90,000 fans liking in within three hours of it going up.

Cech made 333 Premier League appearances for Chelsea in 11 seasons at Stamford Bridge.

He won four titles with the Blues. 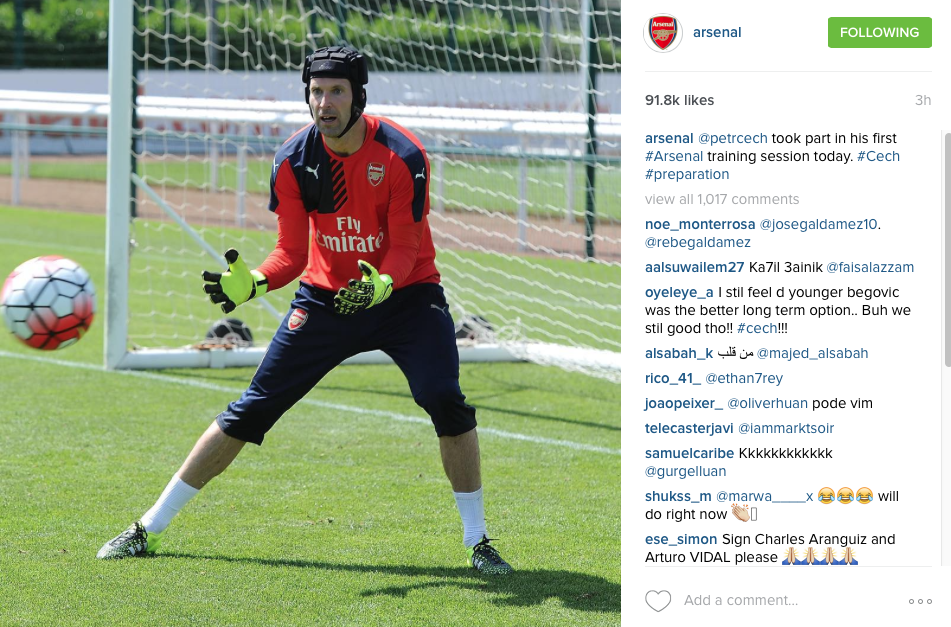