Chelsea star Cesc Fabregas is the complete midfielder. Anyone who is not convinced by that statement should check out this photo.

The former Arsenal captain has just become a father for the second time, after girlfriend Danielle Semaan gave birth to a healthy baby girl.

So, not only can Fabregas score goals and provide assists in abundance, he can deliver babies too.

Have you ever seen Marouane Fellaini oversee a successful birth? Of course not!

The Manchester United lump is not a complete midfielder. 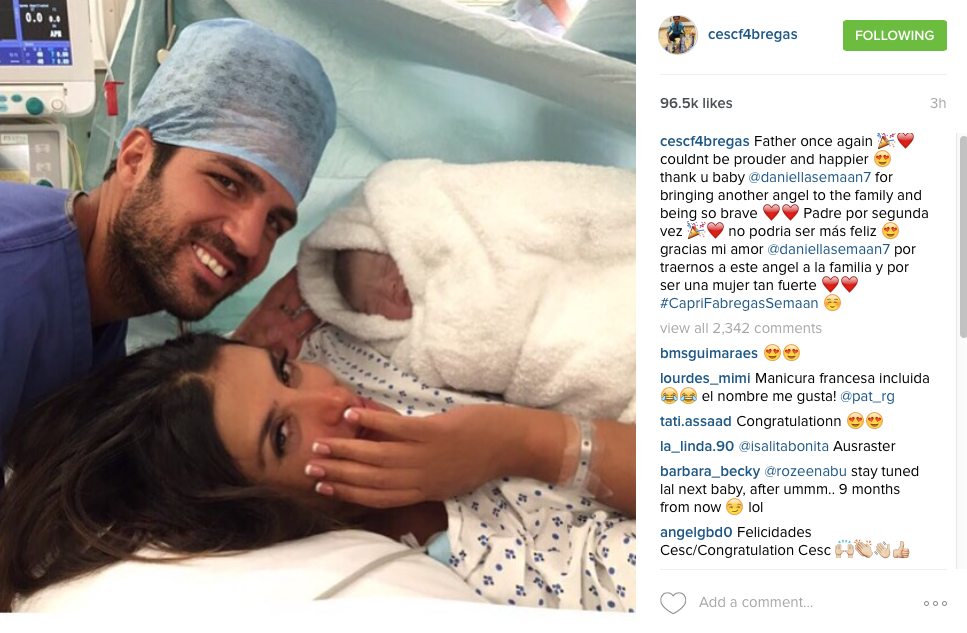