Paul Smith Jr is expected to make his return to the ring on June 20 where he will face WBA super-middleweight champion Andre Ward in Oakland, California.

Smith is coming in off the back of two failed title shots against Arthur Abraham, as after the controversy of the first bout, the WBO champion showed his worth with a much improved performance.

However, the Brit’s display drew significant praise as he proved that he belonged at world level, and it appears as though he is on the verge of securing a lucrative bout with Ward, a man who many consider one of the best pound-for-pound fighters in boxing.

While ‘SOG’ has been inactive for a considerable amount of time due to promotional issues, he is set to return in his hometown in mid-June ahead of possibly defending his ‘super’ WBA belt against Carl Froch later in the year.

The unbeaten American has been searching for an opponent, and speculation suggests that it will be Smith who is given the opportunity to become the first man to beat him.

The UK media has continued to run the story, but it has stemmed from hints on Twitter with promoter Eddie Hearn revealing that he will make a major announcement on Thursday regarding one of his fighters in an international bout in June.

Smith has played up to it by revealing that he will head to New York on Wednesday, while he has not denied questions on the social media site regarding a possible clash with Ward.

Naturally, many won’t give the 32-year-old a realistic chance of winning the bout, but he will travel confident that he has what it takes while there should be no questions about his decision to take a once-in-a-lifetime opportunity.

Had a busy day sorting my passport and training in the gym. I'm off to New York in the morning. Bit last minute, hence the busy day! 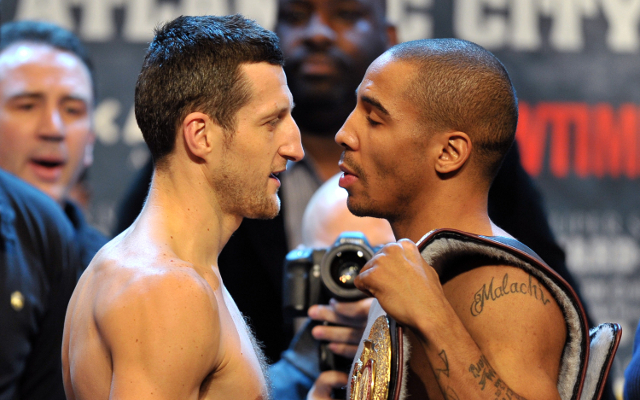