Some red wine was thrown during Arsenal V Manchester United…

During Arsenal’s match with Manchester United on Saturday, one Gooner became so annoyed at his side losing the game he threw some red wine at the opposing bench.

With this in mind CaughtOffside have created a list of the weirdest things thrown at football matches.

What do you think? Know any better? 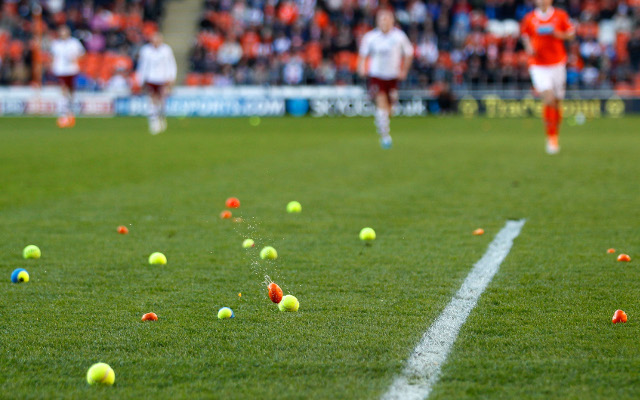 Blackpool fans threw the items in 2014 to protest at the owner’s running of the club.