fanatix | American Football | NFL | Arizona Cardinals | NFL news: Arizona agree new deal with WR Larry Fitzgerald likely to make him a Cardinal for life
The iconic Cardinals receiver will stay with the team that drafted him perhaps until the end of his stellar career.

The Arizona Cardinals have reached a new contract with WR Larry Fitzgerald for a two-year deal worth over $22 million.

Atletico forced to wait as Santi Cazorla is happy at Arsenal

ProFootballTalk.com reported that the Cardinals had been working hard with Fitzgeald both to give him a fair deal that would keep him with the team for the remainder of his best years while also offering them significant cap relief in a year where they had very little cap space to work with.

Under his previous deal, Fitzgerald would have made a non-guanrateed $15 million salary but over $32 million overall. This deal gives Fitzgerald more money up front each season and saves cap space.

The new deal for Fitzgerald saves the team $13 million in cap space and will give the Cardinals’ all-time leading receiver fully guaranteed salaries until he turns 34.

The Cardinals franchise player has been on the tail-end of his career and has been declining in production recently. Fitzgerald missed the Pro Bowl for his first time since 2006 while setting a career low with only 2 TDs. He was also targeted a career-low 103 times. 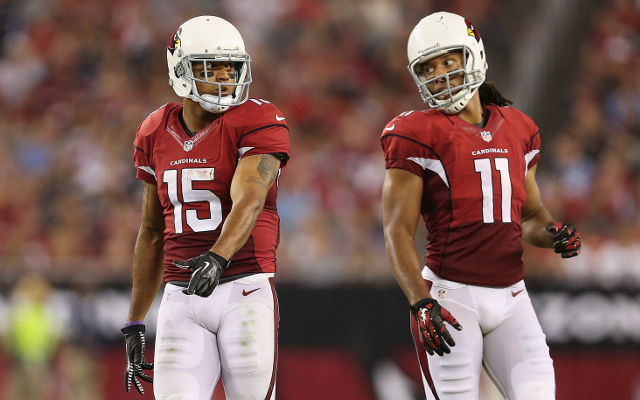