Celebrity journalist Piers Morgan is one of Arsenal’s biggest supporters – if we are judging purely on mouth size.

However, Piers is also one of the most annoying football fans ever.

All he does is moan or gloat, depending on how well the Gunners are faring on the field.

After Sunday’s 1-0 win over Chelsea in the Community Shield, Piers was not in the #WengerOut mood.

Instead, he decided to sing the praises of new Gunners goalkeeper Petr Cech, who made his competitive Arsenal debut in the match against his former employers.

Cech’s fine first game earned himself a clean sheet. It also earned him a tweet from Piers.

He only went and replied, didn’t he!?

Bad move Petr. He won’t leave you along for ages now… 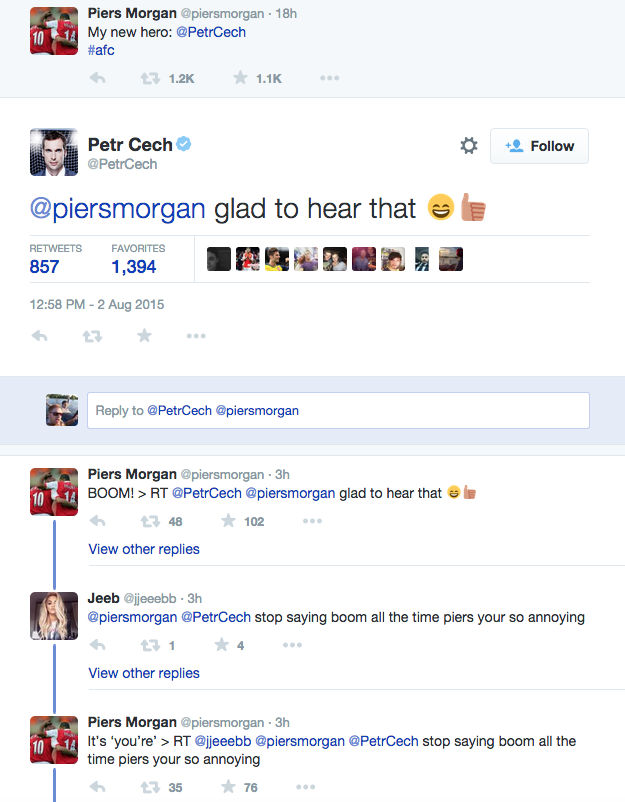