Arsene Wenger finally put an end to his Jose Mourinho jinx this afternoon as Arsenal beat Chelsea 1-0 to lift the Community Shield at Wembley.

Alex Oxlade-Chamberlain scored the only goal of the game in the first half as the Gunners secured their manager a first win over his fierce rival in 14 attempts.

Here, fanatix rates how the Gunners performed in the traditional pre-season curtain-raiser…

Immediately tied his colours to the Arsenal mast with a flawless performance in goal. Made a couple of excellent saves and dominated his box in the latter stages as Chelsea threatened to build pressure.

The young full-back was given the nod over Mathieu Debuchy and did not let his manager down. He provided pace and energy on the right and kept PFA Player of the Year Eden Hazard remarkably quiet. 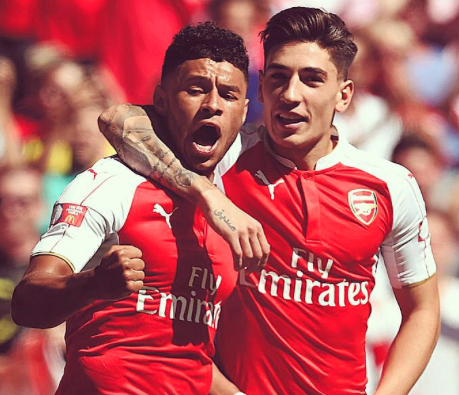 Loic Remy and Radamel Falcao did not produce the type of movement which could trouble the immobile German, who would have been relieved to see Diego Costa missing from the Chelsea lineup.

The Frenchman made one crucial intervention to recover ground and prevent Falcao from getting a shot away in the second half, and was dependable and solid elsewhere.

With Ramires happy to cut inside and Branislav Ivanovic not as willing to bombard forward as usual, the Spaniard did not have the toughest day defensively and also had free rein to gallop up and down the left.