Mike Miller has committed the next two years of his career to the Memphis Grizzlies after they beat a host of other NBA suitors for the sharpshooter’s signature.

After Miller was recruited heavily by Oklahoma City, Houston, Cleveland, Denver and the Grizzlies before the shooting-guard elected to join Memphis for a second stint.

Miller has played with the franchise from the 2002-03 season to 2007-08, with former Miami veteran still owning a home in the area.

ESPN reports Miller chose Memphis as he beleives it gives him the best chance to win another NBA title, having just come off helping the Heat to back-to-back crowns.

The move by Miami to shed Miller from their roster was to avoid being bitten hard by the luxury tax, with his departure set to save the club $17 million, however, the 33-year-old is still owed $12.8 million over the next two years in salary from Miami.

Miller adds a vital piece to the Grizzlies at either shooting  guard or small forward, with the side’s lack of options on the wing holding them back.

Averaging just 4.8 a game at 42 per cent from long-range during the season, Miller came up big for the Heat when they needed him the most, nailing 61 per cent of his shot from down town in the last four games of the finals against San Antonio.

The deal does comes with an element of risk for the Grizzlies, with the veteran being plagued by knee and back injuries for most of the past three years. 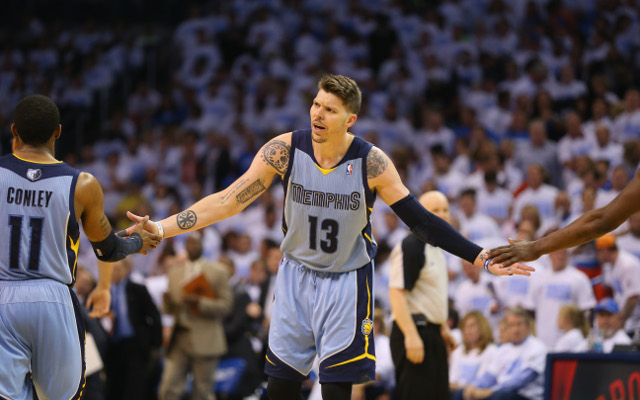