Fallout from ASADA scandal could claim another career.

Essendon assistant coach Mark Thompson has told the club’s board that he will not stand in for the suspended James Hird in 2014.

The revelation comes after Thompson indicated he would be happy to do the job for a season while Hird serves his time out of the game after being named and shamed by the Australian Sports Anti-Doping Authority.

“I wouldn’t say it’s 100 per cent (that I’ll be at Essendon next year). It just depends on who they select as coach and where they see me fit, if I do. I certainly want to help the club if they think I can help,” Thompson said.

“They deserve the best chance they’ve got of playing their best footy. I feel better, but I’ve still been through a tough year. A really tough year.

“We felt so lonely inside our own club, so it’s taken a lot out of me.”

Essendon were recently kicked out of the AFL finals, fined $2 million had draft picks stripped from them amongst other sanctions after being found guilty of endangering players with an illegal supplements program.

For his part in the scandal Hird was suspended by the AFL for a year with Thompson indicating to Bombers chairman Paul Little he would be happy to step up to the top job.

But the former Geelong mentor had a change of heart when he realised how much the past season had taken out of him mentally.

“And it’s taken a big toll. I didn’t even think I was involved in this ASADA thing and then … the circumstances got pretty ugly.

Thompson was fined $30,000 for his role in the Essendon supplements scandal and admitted last week he was struggling with the AFL-imposed outcome. 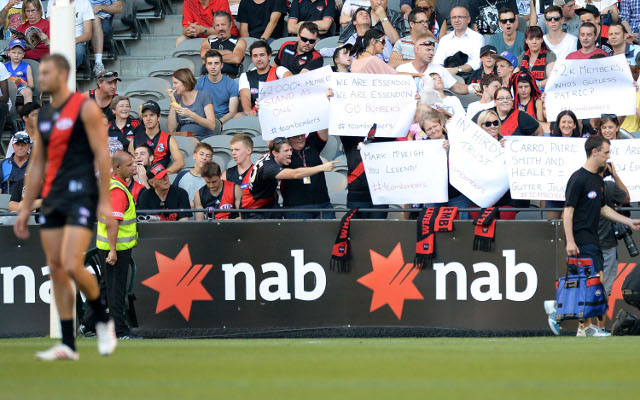