Premiership winning coach Mark Thompson has ruled himself out of contention for the top job at Carlton following Mick Malthouse’s sacking on Tuesday.

Thompson told Fox Footy it would take a “special club” to get him back into a ful-time coaching role, and questioned the state of the struggling Blues.

“For me to do it – and I’ve experienced something pretty good – it would have to be a pretty special club,” Thompson is quoted as saying by AAP.

“It’s a big challenge and unless they were a really special group of people … I’m not sure, from the outside, that they’ve really got their club together at the moment.

“That’s the problem I think with some people, is they just walk into clubs because there’s an opportunity.

“That has to stop in the future (and) people have to be a bit more selective on who fits with who.”

Malthouse was shown the door on Tuesday following the veteran’s explosive radio interview on Tuesday morning in which he aimed barbs at the Carlton board and chief executive Steven Trigg.

Thompson becomes the second coach to rule himself out of the Carlton job after former West Coast mentor John Worsfold told the Blues to look elsewhere.

Worsfold had been heavily linked with the Carlton job in the lead-up to Malthouse’s axing, however the 2006 premiership-winning coach told Channel Seven he was not interested in the role.

“I will be telling Carlton they should look to progress with looking for a coach without adding me to the list,” he is quoted as saying by AFL.com.au. 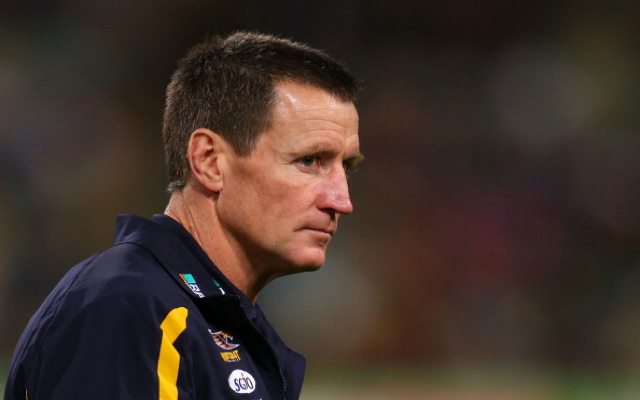