Former Boston Red Sox slugger Manny Ramirez left a capacity crowd of 20,000 fans disappointed on his debut in Taiwan on Wednesday as his team were edged 9-8 in extra-innings.

The Dominican-born player went two from six at the plate, hitting two singles which failed to have any significant impact on the game’s conclusion.

With the loss, the Rhinos remained winless after the first two games of the spring season. Ramirez did not play in the team’s first game held on Monday.

He hit a fly ball to center-field in the first inning of the game held in the southern city of Kaohsiung with the Elephants leading by four runs at the time.

In the second inning, the Rhinos scored five runs without the help of Ramirez even though he, as the designated hitter, singled. He singled again in the fourth and was struck out in the seventh.

The Elephants beat the Rhinos 9-8 in a game that lasted five hours.

Ramirez particularly upset the crowd — most of them supporters of the Rhinos based in the city — in the eighth when the two teams were in an 8-8 tie. Although the bases were loaded, he hit a ground ball to end the inning which kept the game alive.

When asked about his first game with the team at the end of the competition, Ramirez said: “I feel great, but they played better, they pitched better.”

Despite his mediocre performance, the Rhinos have high hopes on the player, taking into consideration his popularity and skills that can be offered to the Rhinos.

“Ramirez is definitely the sole baseballer in the league who is as known as Peng Cheng-min to the local fans,” Rhinos spokeswoman Astrid Lee said in reference to the popular Elephant slugger who was the captain of the Taiwanese team in this month’s World Baseball Classic.

On Wednesday alone, the Rhinos received orders for 800 dolls featuring a cartonised Ramirez image, with each doll selling for Tw$999 ($33.5) apiece.

“The reaction from fans exceeded our expectations, given that only the design was being shown at the stadium,” Lee told AFP, adding that she believes his combative qualities and baseball knowledge from the US Major League would help boost the Rhinos.

He played in Taiwan during several exhibition games in 2010, pitching for the visiting LA Dodgers against local teams.

The 12-time All-Star was named Most Valuable Player in the 2004 World Series, helping the Red Sox to their first title since 1918.

He retired from MLB in 2011 after his second violation of the MLB’s anti-drug programme but later signed a minor league deal with the Oakland Athletics. 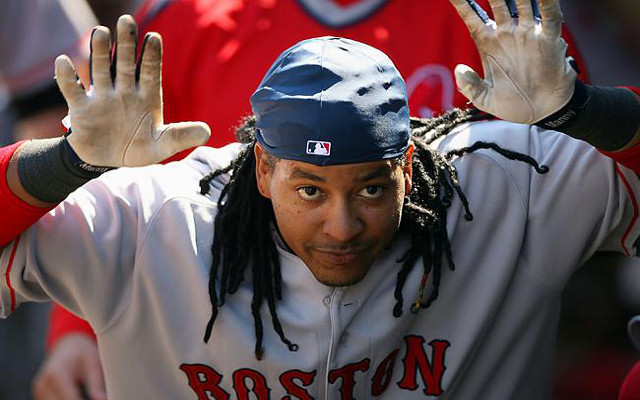