Star centre could be hitting the open market in the NRL.

The Manly Sea Eagles have hurried up the beginning of contract talks that could see star centre Steve Matai remain at Brookvale for the next three years.

Matai shocked the Manly board when he asked for a release to his contract so he could sign a lucrative deal with the New Zealand Warriors.

“We’ll see how everything unfolds and I might find myself over there,” Matai was quoted in a New Zealand paper on Saturday.

Asa  result, Matai’s manager Gavin Orr is looking to sit down with Manly officials this week to start talking about the terms of a possible three-year deal.

“That question was asked about two months ago and Manly gave me and Steve an answer that they wouldn’t be prepared to release him,” Orr said.

“From there nothing further added to it.

”He’s got a contract next year, he’s just got to play football- he knows that, I know that and the club knows that.

“You go to the people who are his current employers and ask them to consider it which they did.

“They came back and said at the moment he is a valuable member of the team.

“And we would now look to upgrade and extend his current deal at Manly.”

If Matai was to leave it would be a massive blow to the club with the New Zealand centre potentially one of the best in the NRL on his day.

Sea Eagles GM Dave Perry allayed the fears of Manly fans, saying they were doing everythign in their power to keep Matai at the club. 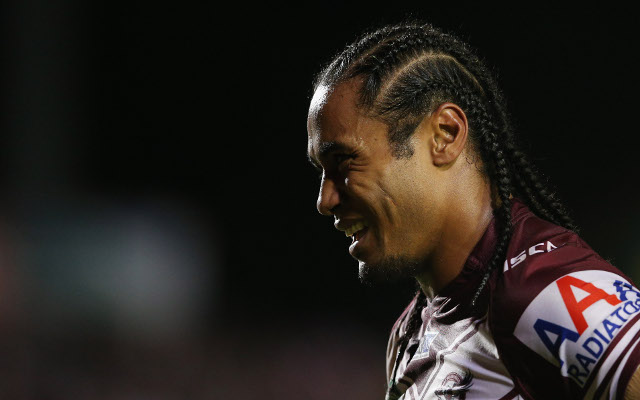