Manchester City are set to move for Real Madrid star Pepe ahead of Manchester United, according to the Daily Express.

It is thought that the 31-year-old is willing to leave the Bernabeu and with both Premier League sides in need of defenders they are ready to fight over his signing. However, with the Red Devils also looking in to deals for Aymeric Laporte and Mats Hummels they may be willing to let the Citizens have this one.

The Portuguese has been a key part of Los Blancos’ side since arriving at the club from Porto in 2007. However, with the likes of Raphael Varane demanding more time in the team he couldn’t be too big of a miss for manager Carlo Ancelotti.

If this move went through it would not be good news for Eliaquim Mangala and Martin Demichelis. Neither centre-back has been entirely convincing for the Sky Blues, and could be replaced by any defensive signing. 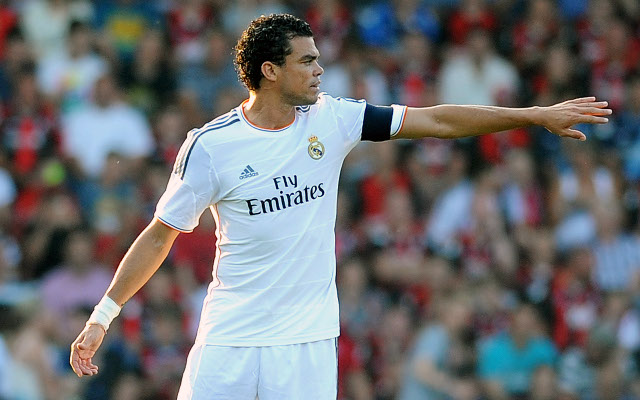