How interim manager Giggs will set out his team at Old Trafford.

Since taking over from David Moyes as manager of Manchester United on an interim basis, Ryan Giggs has experienced the best and worst of the team this year.

The Welshman’s first match in charge was a commanding 4-0 victory over Norwich City, but then the Red Devils succumbed to their seventh home defeat of the season on Saturday when Sunderland beat them 0-1 at Old Trafford.

They’re at the Theatre of Dreams again for Giggs’ penultimate game in charge, where Hull City are the visitors.

Here’s how we expect United to lineup.

The goalkeeper has been one of the few positives in what has been a woeful campaign for the team as a whole and will retain his spot at No.1.

With Rafael still a doubt we expect Giggs to continue with Jones at right-back as question marks still remain over the capabilities of Chris Smalling.

It looks almost certain that the Frenchman will be leaving the club in the summer after no new deal has been offered for the left-back and after eight-and-a-half years, this will be Evra’s last home game.

The same could be true for Ferdinand who at 35-years-old is approaching the end of his career, but Giggs is a huge admirer and will want to give the veteran every chance to prove himself. 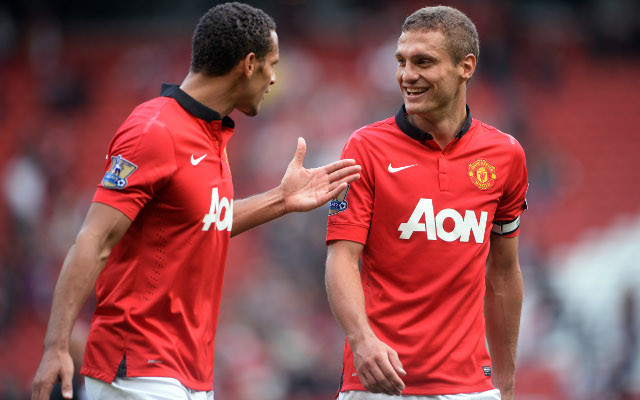 Finally it’s already confirmed that the captain will be leaving at the end of the season, having already agreed a deal with Inter Milan and this will be a fond farewell for a brilliant defender.