Manchester United arguably produced their best performance of the season to see off their local rivals Manchester City 4-2 at Old Trafford. It now appears that Louis van Gaal is starting to deliver on his promise of creating a daunting side.

With the win, United have practically booked their place in the Premier League’s top four, whilst Manuel Pellegrini’s men may be potentially swallowed up by the chasing pack.

Here is how the United players rated:

Can’t really be held accountable for City’s two goals, and nearly pulled off a wonderful save for the second. He did an excellent job of rushing off his line to clear up any danger.

Is doing quite well in an unfamiliar position, but it is unlikely that van Gaal will even consider him there for the long-term. 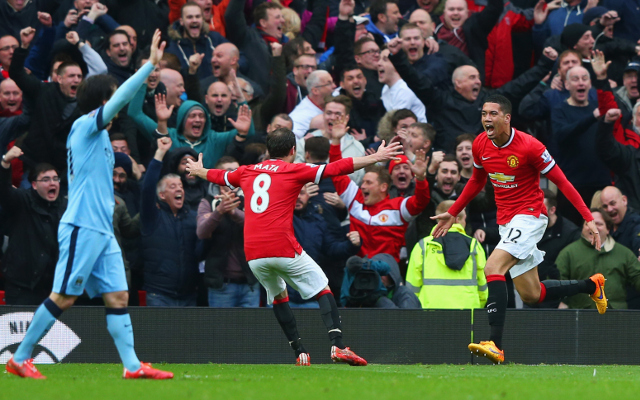 Celebrated a decent performance by rounding off the scoring for his side with a great header.

Probably lost Aguero twice in the entire match, unfortunately for Jones, the Argentinian scored on both occasions.