Red Devils have reportedly agreed a deal for Ezequiel Garay.

Manchester United have beaten Barcelona to the summer signing of Benfica centre-half Ezequiel Garay, according to according to Portuguese newspaper the Daily Record.

Garay, 26, has been with Benfica since the summer of 2011 and spent three seasons with Real Madrid from 2008.

The Argentinian is known for his arial prowess and reading of the game, although he has only racked up 11 senior caps for his country.

If the source proves correct, the move will throw the futures of Rio Ferdinand and Nemanja Vidic into doubt.

Ferdinand, 34, is coming to the end of his contract at Old Trafford and is yet to agree a new deal, whie Vidic, 30, has not been an automatic starter for the runaway Premier League leaders since returning from a lengthy injury lay-off. 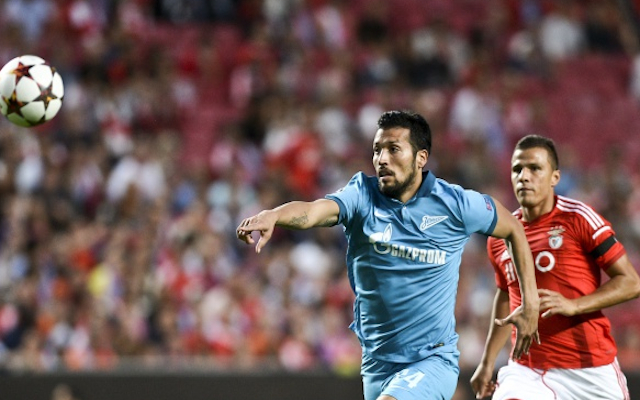