Swansea City shocked Premier League giants Manchester United in a come from behind 2-1 win on Sunday.

Man United have been told by Swansea boss Garry Monk that match hero Bafetimbi Gomis is not for sale.

“You saw how committed the squad are. This is a squad I want to take forward for the season and I am sure that will be the way it is,” Monk said, according to The Telegraph.

The Red Devils have been pursuing the French international for £7m, but the Swans do not want to see one of their most prized assets leave the club.

Gomis reportedly holds a £7m release clause, however, it is not set in stone and only allows suitors to discuss a deal instead of outright activating the clause.

The striker scored the winner for Swansea in the comeback win over the Red Devils.

Fellow striker Andre Ayew scored the equaliser before Gomis sent the home crowd into raptures with a well-taken finish.

The goal marks Gomis’ seventh game-winning goal in his Premier League career, which is out of 11 goals scored with Swansea. 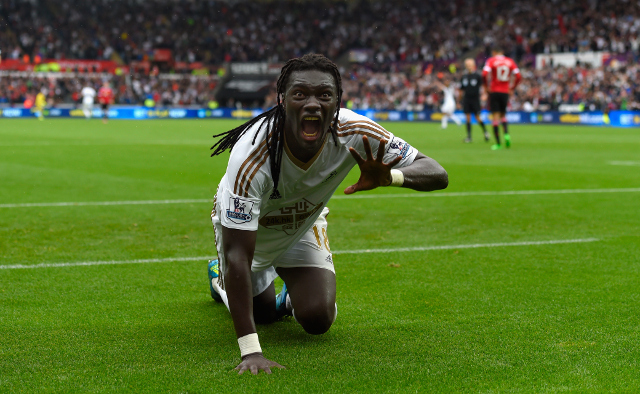