Manchester United have shifted their transfer focus to another forward, as The Metro reports that they are now expected to pursue Swansea City forward Bafetimbi Gomis.

In a strange turn of events, Man United suffered their first loss of the season at the hands of Swansea City on Sunday.

Gomis also scored what proved to be the game-winning goal against the Red Devils 66 minutes into the match.

The French international has a £7m release clause, and Man United boss Louis van Gaal has expressed interest in him.

The 30-year-old has also been pursued by Tottenham Hotspur and Aston Villa, as he has proven to be a relatively consistent scorer.

Gomis came up with 10 goals in 36 appearances last season, although this does not match his production with Lyon.

The Swansea City forward scored at least 20 goals in each of his last three seasons with the French Ligue 1 club before moving to the Premier League.

It remains to be seen whether the Red Devils will pounce on this opportunity following their first loss. 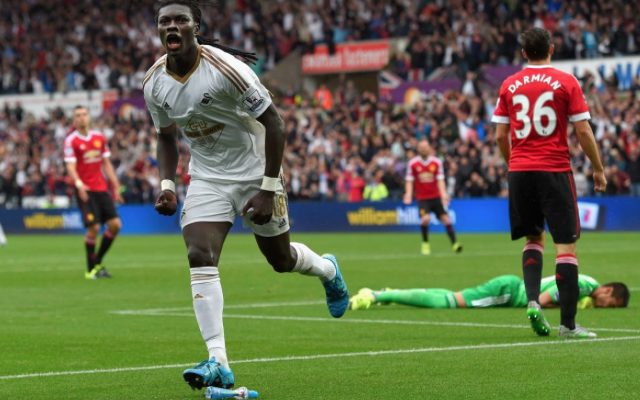