Manchester United boss Louis van Gaal is understood to be keen to bolster his squad before the end of the summer transfer window next Tuesday.

According to the Daily Express, Man United are keen on a move for Bayern Munich winger Arjen Robben.

They have already showed serious interest in Bayern Munich striker Thomas Müller, but the Bundesliga giants have already refused to sell him.

The Dutch international would be a welcome addition at Old Trafford, though, with United light in attacking options.

The 31-year-old scored 19 goals in 30 appearances last season, and he has come up with at least 13 in each of the last six seasons.

Man United have worked with Bayern Munich extensively this summer.

The Red Devils are reported to have £73m left in their budget, and they are hoping to make it count with one last big signing.

Man United will not have much time to act though, as the transfer window is set to end next Tuesday. 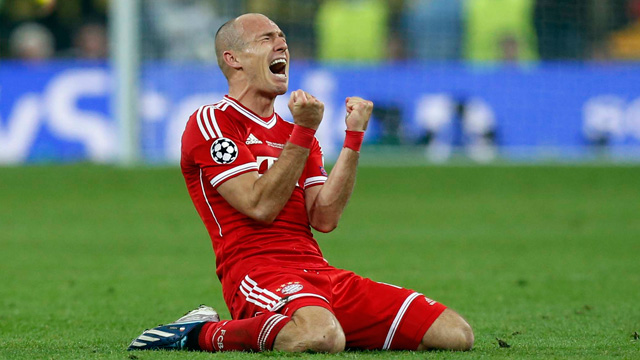