Manchester United have been looking to make one more splash signing before the transfer window closes, and they are hoping to end it accordingly.

According to NBC Sports, Man United are preparing to make a $112m bid offer to Bayern Munich for winger Arjen Robben.

The Red Devils have already been unsuccessful in their attempts to land Bayern Munich striker Thomas Müller.

However, they succeeded in signing midfielder Bastian Schweinsteiger even though his deal was much cheaper than either of those two players would command.


It remains to be seen whether the Bundesliga giants would be willing to sell the Dutch international at the price rumoured.

The 31-year-old would be a fitting replacement – of sorts – for Robin van Persie, who left for Fenerbahce after a lengthy stint in the Premier League.

Robben scored 17 goals in 21 Bundesliga appearances last season, and he has scored a total of 123 in league matches. 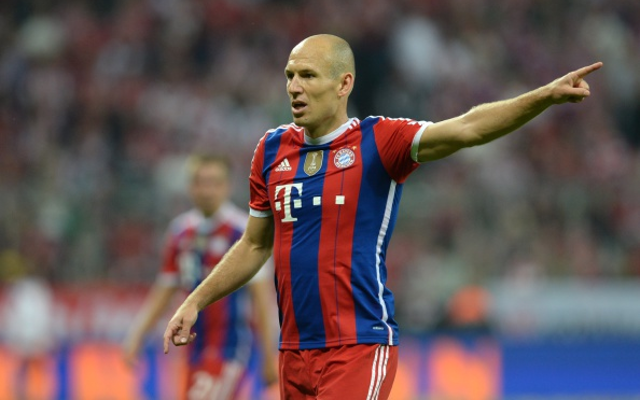