Chelsea striker Patrick Bamford, who is close to completing his season-long loan with Championship outfit Middlesbrough, has been rewarded for his stunning goalscoring form at the Riverside Stadium – bagging the Sky Bet Championship Player of the Year prize.

With a chance conversion rate of 20% – netting 17 goals in 37 appearances for the Boro – the England Under-21 international has been key in the club’s charge for promotion to the Premier League.

Bamford joined Chelsea in 2012 in a £1.5m deal from Nottingham Forest, but has failed to make an impact on the first-team; having been loaned out to MK Dons, Derby County and, this season, Middlesbrough.

Nonetheless, the forward is optimistic that, having bagged the Championship accolade on Sunday night, his long term future is with Mourinho’s senior Blues squad.

“I don’t have any reason not be at Chelsea,” he told talkSPORT. “It is my dream to put on that blue shirt and play for them eventually.”

“It will a tough task to break into the first team. Most strikers playing in the Premier League regularly are aged around 23 or 24.

“At at a club like Chelsea they have the money to buy world class strikers like Diego Costa and there’s also that pressure to win trophies, I just have to stick with it, be patient and hopefully my rewards will come” 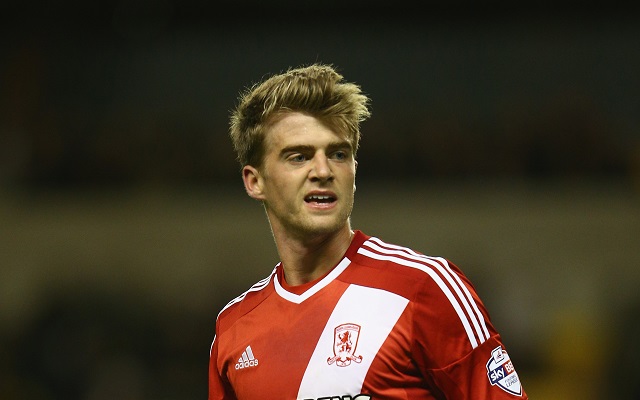