Brendan Rodgers may still be trying to decide his first-choice Liverpool lineup after a summer of huge turnover at Anfield. Steven Gerrard and Raheem Sterling left and seven new faces arrived.

If the Reds boss wants any help figuring out his best XI, he should check out the new FIFA 16 ratings…

Adam Bogdan arrived in an underwhelming free transfer this summer, and his 73 rating is not a threat to Mignolet’s 78. This may be a position that virtual Reds managers address on season mode! 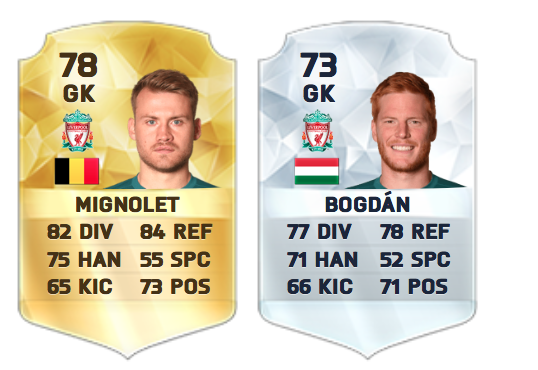