We take a look at the five biggest cheats in the history of sport.

But who do YOU think should have made the list? Let us know in the comments section below! 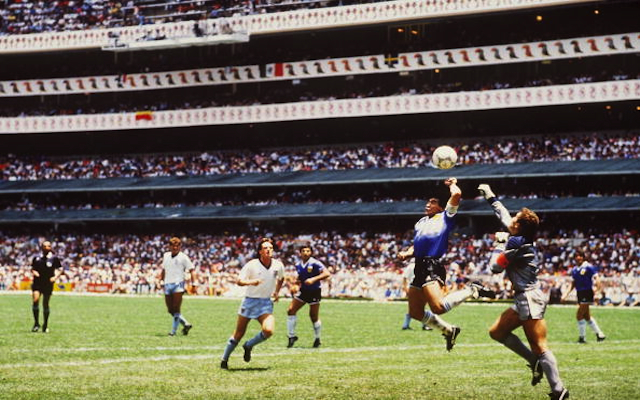 England fans will never, ever forget this one. Nor forgive.

Although he’ll go down as perhaps the finest player of his generation, Maradona’s ‘Hand of God’ will always be associated with the Argentine’s controversy-fuelled career.

As Peter Shilton rushed out to punch a Jorge Valdano cross, a pint-sized Diego Maradona rose above the England keeper and appeared to head the ball into the goal.

Replays showed Maradona had in fact punched the ball in with his own hands.

England went on the lose the game and were knocked out at the quarter-finals stage of the 1986 World Cup.