As the rumoured trade to bring San Francisco 49ers QB to Kansas seem all but confirmed, it seems likely that Cassel will be on his way out.

It seems that the rebuilding process is underway in Kansas under new head coach Andy Reid. After abysmal play by Quarterback Matt Cassel, it was inevitable that the main priority was to upgrade at the position.

With a weak draft class at the QB position making the team reluctant to consider using their number one pick on one – notably Geno Smith- they turned to free agency for a solution.

The end of that search may have finished last night as it was reported that San Francisco had agreed to trade Alex Smith to another franchise, with the Chiefs rumoured to be that team.

If that is the case, then this will explain the reason behind the release of Cassel, who would be a financial burden on the team, and would be wasted on their roster.

Smith will be an instant upgrade at the position and will help make the already strong team competitive in the AFC West next season. This will also give us a clearer indication as to what direction the Chiefs will go with that first pick, likely now to be Luke Joeckel to protect Smith’s blind side.

If that is the case then they must cut current offensive tackle Brandon Albert due to cap reasons, who could land in Arizona to protect potential rookie Quarterback Matt Barkley, who is reported to be selected by the Cardinals at number seven overall.

This move will start a huge chain reaction ahead of the draft, and could change the future of a number of NFL teams. 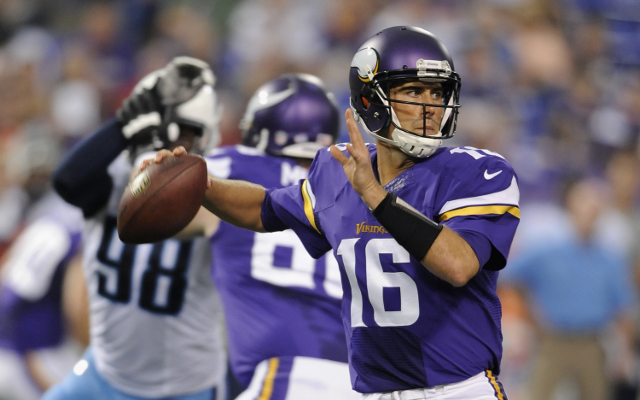