Former Raiders fullback Josh Dugan might have burnt his last bridge in the NRL after reportedly being involved in an incident at a Canberra nightspot.

Multiple media outlets are reporting a man requires surgery to an area near his eye after being involved with the incident with Dugan after the pair attended a wake for a mutual friend.

It is understood the victim has not reported the incident with the police and does not intend on doing so, with both Dugan and his manager standing by their claim the former star was not involved.

Dugan said he was verbally abused at the wake but added there was no physical incident, and that he was home early in order to make a NRL counselling session that he is required to attend if he is to get his career back on track.

Dugan is currently without a club after being cut by the Raiders for drinking while injured, breaking an important team protocol.

Both the Brisbane Broncos and St George Illawarra Dragons expressed their interest in signing the one-time New South Wales player for the rest of the 2013 season and possibly beyond.

However, the Queensland club revoked its deal after an online row with a fan resulted in Dugan telling him to “end himself”.

The Dragons looked to be back in the hunt to snare Dugan, albeit for a reduced contract, to continue their spending spree which has seen them net Storm five-eighth Gareth Widdop and Raiders backrower Joel Thompson.

However, the latest incident away from the game could be the final straw for the Dragons as well, potentially leaving Dugan without a possible suitor in Australia. 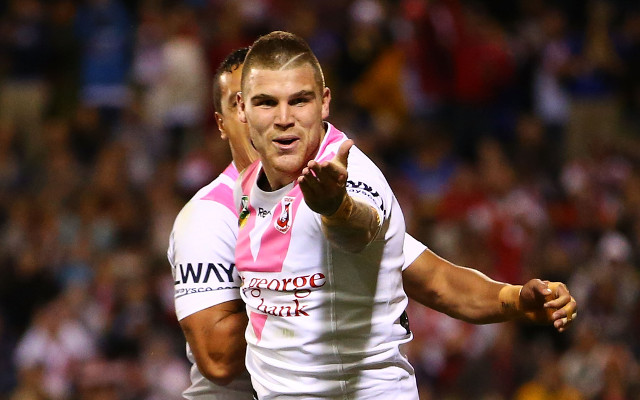