The ‘ITK’ journalist has been banging the ‘Karim Benzema to Arsenal’ drum for weeks.

In fact, he even tweeted earlier today to say they deal would be completed before the end of the current transfer window.

However, hours later, Benzema took to Twitter himself to shoot down the rumours and let the world know he was happy at Real.

Since Benzema set the record, Giulianelli has been inundated with messages and tweets from disgruntled Gunners fans.

Here are a few of them… 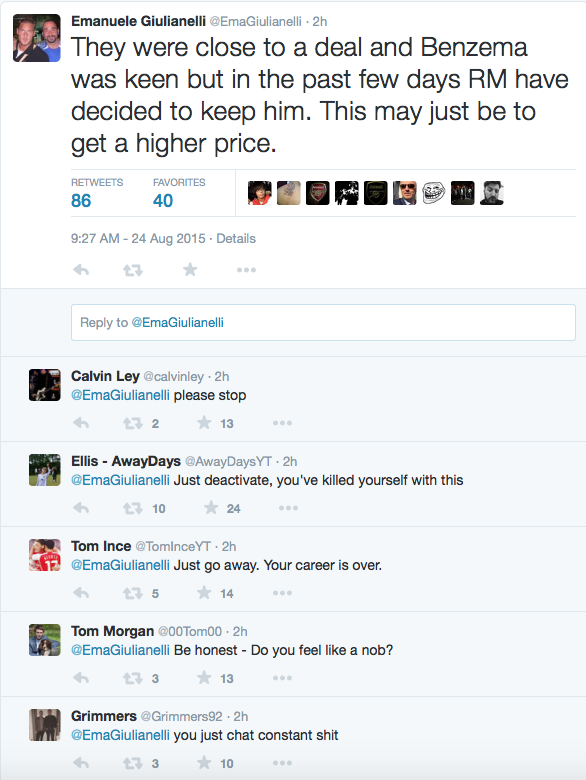 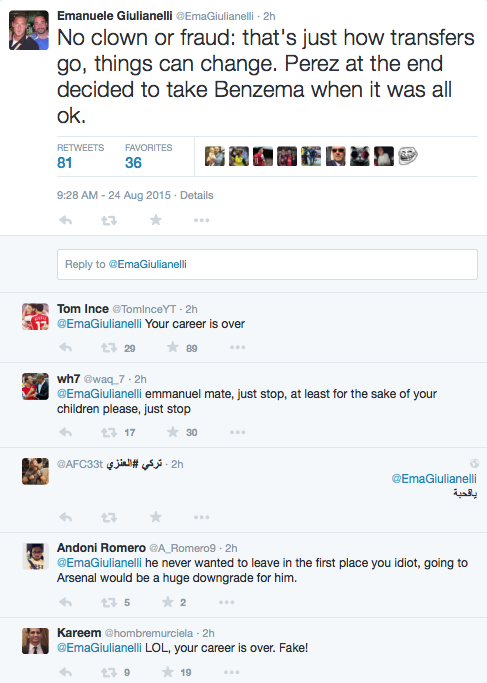