Real Madrid secured a 1-1 draw against Atletico Madrid at the Vicente Calderon on Sunday night thanks to this goal from Karim Benzema.

The visitors took the lead in the ninth minute with the Frenchman finding the net, but they were denied maximum points after a late strike from Luciano Vietto secured a draw for Diego Simeone’s side.

Cristiano Ronaldo had an opportunity to double his side’s lead before the break, while the hosts were in the ascendency shortly after the game resumed.

However, both sides struggled to create clear-cut opportunities in the latter stages until Vietto stepped up and denied Los Blancos a significant win.

With honours even in the first Madrid derby of the season, Rafa Benitez’s men sit just a point behind league leaders Villarreal after seven games, while Atletico remain in fifth and just three points adrift of top spot. 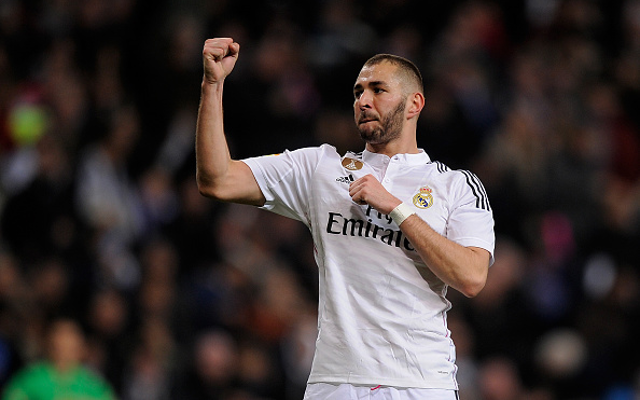