Andy Murray, who is currently ranked as the third-best tennis player in the world, was not able to win the Miami Open as he fell in the final to Novak Djkovic.

Murray was able to win the heart of Kim Sears though as he tied the knot with his longtime girlfriend.

The two married in Dunblane Cathedral, and their big day was captured by many media members as they drew a large amount of cheers from the crowd.

This was before the couple migrated to their reception, which was not attended by the media or fans.

Murray demonstrated his Scottish background as he sported a kilt at the wedding, but Sears dressed in a more traditional manner as she wore a white wedding gown.

Murray’s tennis career accomplishments include winning two Grand Slam titles along with an Olympic gold medal after defeating Roger Federer in the final of the London Games.

Here are a few images of this long-anticipated event finally taking place. 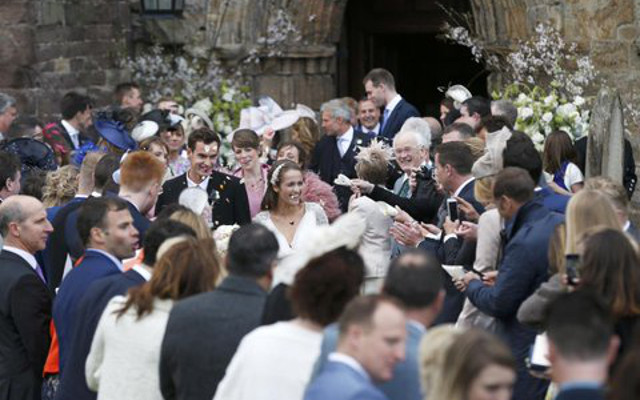 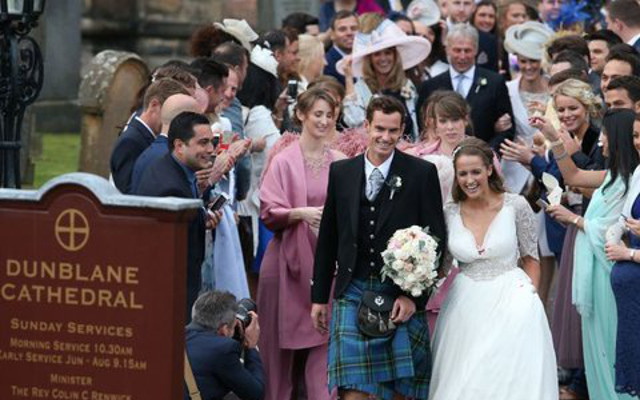 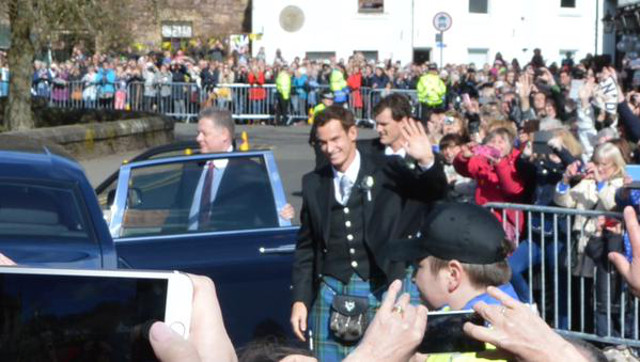 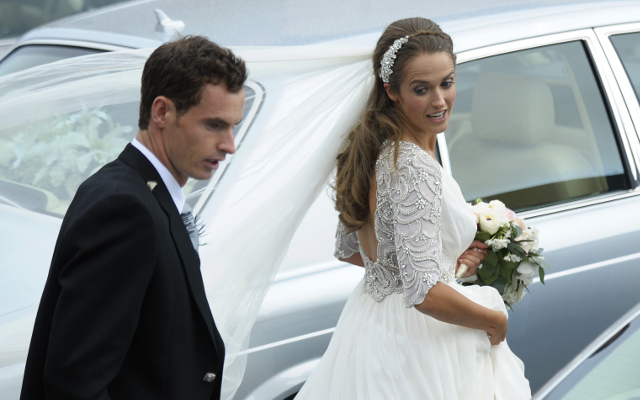