Concerning pictures emerging from Belgium this weekend seem to show Lokoren defender Gregory Mertens being induced into a coma after suffering a cardiac arrest on the pitch.

The 24-year-old was taking part in an under-21 game against Genk when he lost consciousness and collapsed on the pitch around the 25 minute mark.

Medics on the sidelines were fast to react and helped resuscitate him after several minutes of treatment that saw him given CPR and a defibrillator before an ambulance arrived to take him to hospital.

Fans were then asked to leave the stadium and the rest of the match was called off. He is now in intensive care, according to HLN.be, where he is fighting for his life in an induced coma.

Having undergone mandatory heart tests at the beginning of the season, no pre-existing condition was discovered.

Mertens has made 15 appearances for Lokoren this season, including one against Premier League strugglers Hull City in the Europa League. 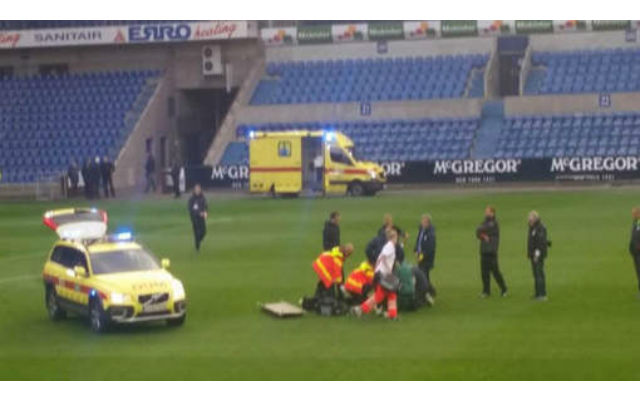