Patriots QB will earn less in base salary compared to that of flop Sanchez, making it one of the worst talent evaluations ever. 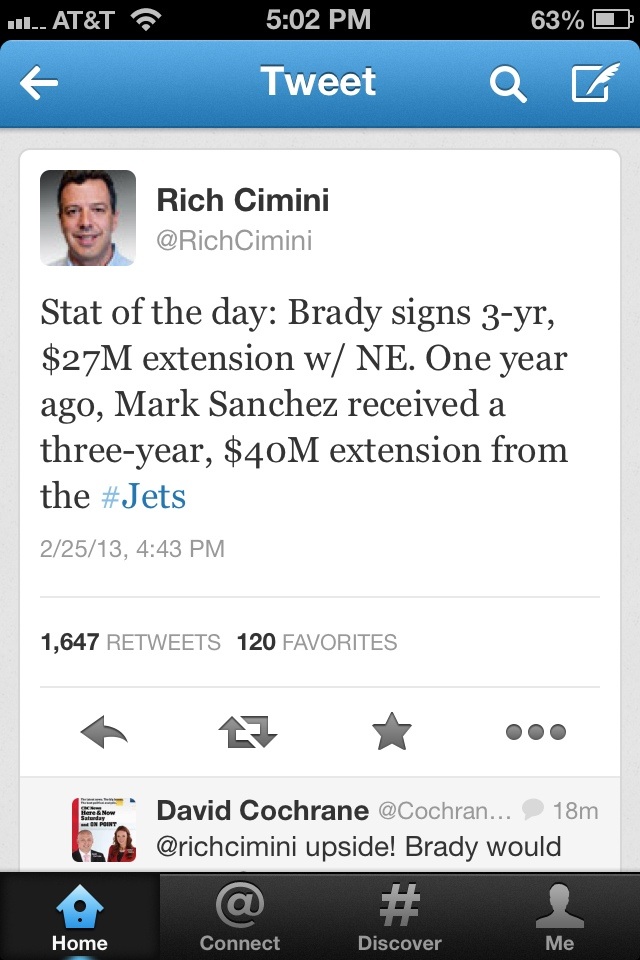 It says it all really. Tom Brady has won three Superbowls, appeared in a further two, gone to eight Pro Bowls and been awarded the league MVP twice. He is constantly in the discussion as the greatest of all time and has put the Patriots in constant competition to win the Superbowl ever since he joined the team.

Mark Sanchez has been to two AFC Championship games, lost both, and got benched last season for being utterly useless. Yet somehow in the 2012 off-season, the Jets decided to offer the QB a huge contract extension, which was of no reflection of his level of performance.

They are now clearly suffering this decision as they clearly don’t want Sanchez as their Quarterback but have no choice but to start him because of the financial burden.

There is a reason why these two franchises are heading in different directions, and that stat may just be the reason itself.