All 32 NFL head coaches have gathered together in Arizona for their annual meeting, and they used this opportunity to take a picture together.

Although Arizona is well known for its blistering heat, Kansas City Chiefs head coach Andy Reid seemed to be the only one aware of the state’s conditions.

He is seen in the left of the picture wearing a Hawaiian shirt with shorts and sandals, so he was clearly prepared for the hot weather.

All the other coaches are seen wearing typical business casual or formal attire, which was sure to make them sweat.

New England Patriots head coach Bill Belichick was caught halfway between Reid and the business casual dress code of the rest of the coaches, donning sandals with his smart shirt and pants. 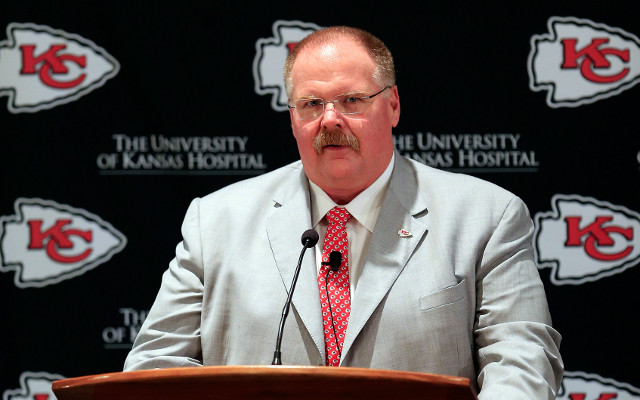