The official 2013/14 squad list for Aston Villa has been released, showing every member of the first team along with their numbers for the upcoming Premier League campaign.

The big news is that former marquee signings Darren Bent, Stephen Ireland and Charles N’Zogbia have all been handed throwaway numbers, which would seem to indicate that they are on their way out of Villa Park this summer.

Alan Hutton, Nathan Delfouneso and Barry Bannan have also all been handed numbers in the 40’s.

See the full squad list here and decide for yourself who’s being shown the door: 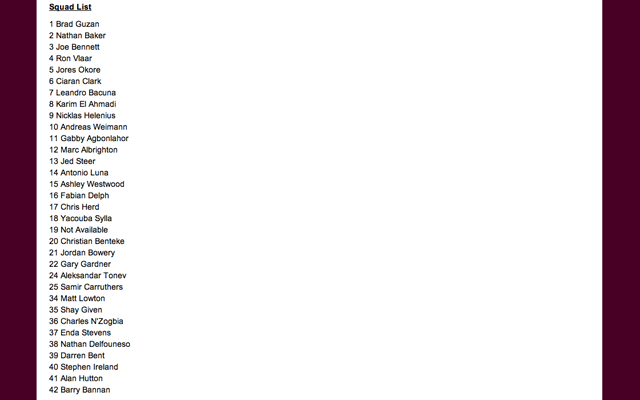