England top-order gets in valuable match-practice ahead of the first Test.

Trott hit an unbeaten 113 and Bell retired when on 115 as England were dismissed for 391, handing the home team a lead of 60 runs after they made 451 for five declared.

The WA Chairman’s XI were 80 for two at tea on the third day, with Mitchell Marsh on 34 and first innings centurion Chris Lynn on 23 with the match heading for a draw.

Boyd Rankin (2-16) took both wickets, but England had dropped three catches in another sloppy display in the field.

Trott batted for 342 minutes, hitting 10 fours and one six, while Bell, who led the aggregates in the Ashes series earlier this year, faced 165 balls with 19 fours and two sixes. They shared in a 197-run partnership. 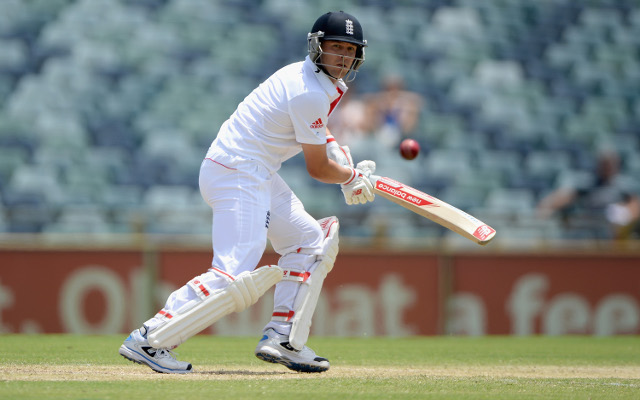 While the pair spent valuable time in the middle, the spot at number six in the English batting order still appears open for the first Test at the Gabba in Brisbane starting on November 21, after two of the hopefuls fell cheaply.

Ballance was dismissed first ball, and Stokes made just four after Bell retired to give his teammates batting practice.

Medium pacer James Allenby was the best of the WA bowlers with four for 58, while paceman Ryan Duffield took two for 96.