Helena Costa and Clermont Foot: How men looking for a quick gimmick have set women back even further in the world of men’s football.

It’s frustrating when the cynics are proved correct, climbing out of the woodwork on 23 June, barely stifling their ‘I told you so’s’ after it was announced that the first female to take charge of a professional men’s team walked away from her job with French second division side Clermont Foot.

Not six weeks prior when her appointment was announced, many finally believed that we were ready to grow up when it came to women breaking through into the men’s game. However, fears of misogyny were confirmed within moments of club president Claude Michy’s announcement of her departure as he said, “She’s a woman, so it could be down to any number of things.”

Unabashed sexism, in other words.

Before the appointment Michy claimed that in a meeting between the two he had been impressed with her and not because of her gender. Rightly so too, Costa has a CV that would be the envy of many of her contemporaries. After working as a youth coach at Benfica, she took charge of the women’s national teams of Qatar and Iran respectively, then rounding that off with a stint at Celtic as a scout. Installing her into a management position would not be one just to tick boxes with a record like that.

Shortly after, it emerged that Costa had been undermined on a number of occasions by a man named Olivier Chavanon, who signed players without her knowledge and ran the day-to-day operations as if she wasn’t there. When she attempted to get in touch with Chavanon, he eventually replied: “You’re tiring me with your messages.”

Costa had been convinced that she was a patsy; a pretty face to front the club while the men did the proper work behind the scenes. It’s widely thought that Michy needed something to get people through the doors of a poorly supported, poorly performing club plonked in a rugby-centric industrial region of northern France, so he turned to Costa for a theatrical gimmick to aide his cause.

It’s likely that Michy didn’t think too much about how things could have panned out had she stayed. How long would it have been before he hung Costa out to dry should results have taken a turn for the worse? The press had already asked all manner of tedious and invasive questions when she was originally installed into the job, and surely would have been banging the same drum when consensus attributed the poor form down to her being a woman. Probably not long at all.

Then where would that have put women’s cause to get into the men’s game? By not backing her properly, he would have single-handedly sabotaged any future opportunities for female managers for a very long time indeed.

However, this isn’t the first time that an owner of a club has tried to use a woman to attract attention to his team.

In 2003, a little over a year after sacking South Korean striker Ahn Jung-Hwan for scoring against Italy at the World Cup. Perugia owner Luciano Gaucci attempted to sign Swedish forward Hanna Ljungberg as a solution to his ailing front line.

“If everyone in life did everything the same, then it would be a very dull world, wouldn’t it?” he said shortly after admitting he had been glued to the women’s World Cup earlier that year to monitor the progress of Ljungberg and Norwegian midfielder Solveg Gulbrandsen.

At the time he vehemently denied that the move was a publicity stunt, and genuinely seemed to be behind the movement to install a woman into the darkly political world of Italian football.

However, Gaucci was famous for being flamboyant. After all, this was the man that brought Colonel Gaddafi’s son, Al’Saadi, to the club in order to ‘improve Italy’s relationship with Libya’, and even hailed Jay Bothroyd as one of his finest pieces of business whilst at the helm.

Equally, eyebrows began to raise when he would negate his staunch support of women’s rights by declaring his love of busty, blue-eyed lovelies, and his bubble was burst shortly after in December.

After the move for Ljungberg fell through, he turned his attentions toward German World Cup winner Birgit Prinz, who had finished the tournament as one of its top scorers. But his adulation of her on-field ability was tarnished by saying, “She is very beautiful, and has a great figure.”

Apparently sex sells even inside the stadium.

It may have taken just over ten years to really find out what men think of women entering the world of football, but it is painfully clear that its views are widely and rampantly sexist. 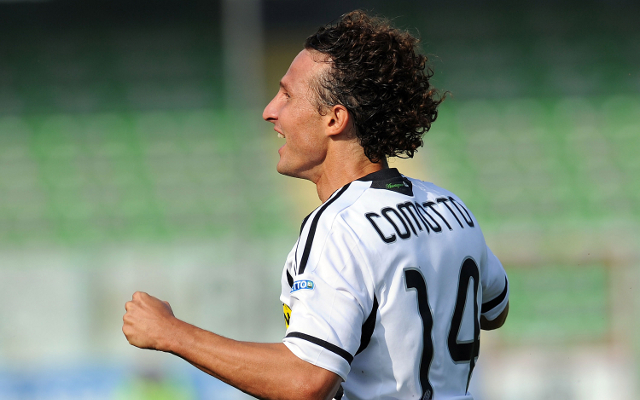