Harry Redknapp has made an enquiry into the availability of much-travelled France striker Nicolas Anelka.

The 33-year-old, whose list of previous clubs includes Arsenal, Manchester City, Liverpool, Chelsea and Real Madrid, only moved to Shanghai Shenhua from Stamford Bridge last January but could be ready to quit China.

Newly-appointed QPR boss Redknapp is desperate to strengthen his strike-force for the six-month relegation battle facing the Premier League’s winless bottom club and has drawn up a list which includes Anelka.

The Frenchman is now player/assistant boss at Shenhua but QPR believe he may be ready to move back to Europe.

The news comes a week after Anelka’s former Chelsea team-mate Didier Drogba tried to get permission from FIFA to come back to the Bridge on loan from Shenhua, whose season has now ended, to keep him sharp for Africa Cup of Nations duty with Ivory Coast in January.

Now this would be a proper ‘Arry signing.

New QPR boss Harry Redknapp has barely been in the job a day and already the Hoops’ have been linked with a host of new signings, from David Beckham to Michael Dawson.

French veteran Nicolas Anelka is the latest player to be mooted for a switch to Loftus Road and this rumour may not be as farfetched as it sounds.

With both Bobby Zamora and Andy Johnson facing lengthy spells on the sidelines, the Rs are desperately short of striking options, making a new forward a priority for Redknapp in January.

There have been rumblings that 33-year-old Anelka isn’t entirely happy in the Far East and the striker has been linked with a return to the Premier League with Sam Allardyce’s West Ham.

‘Le Sulk’ boasts no fewer than 9 clubs on his current CV, including Real Madrid and Arsenal, and there has never been a shortage of takers for the moody Frenchman.

Anelka currently earns close to £250,000 a week at Shanghai Shenhua and would have to take a hefty pay-cut to join QPR. It remains to be seen whether the former PSG striker fancies a tiresome relegation battle in West London rather than a more comfortable period at Upton Park but, if he does want one last crack at the Premier League, QPR would certainly be a big challenge. 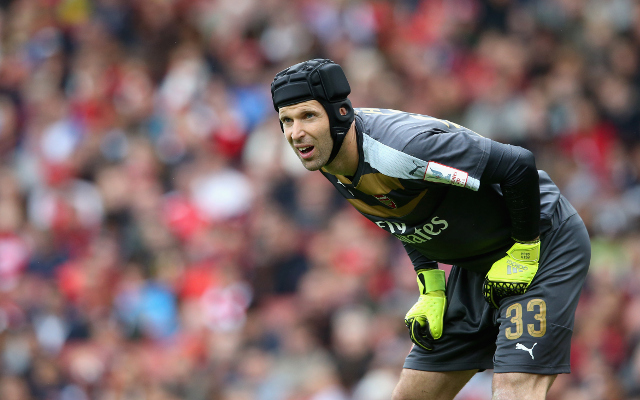 Arsenal vs Chelsea: Six STARS to have played for both clubs, including Petr Cech and GREEDY defender