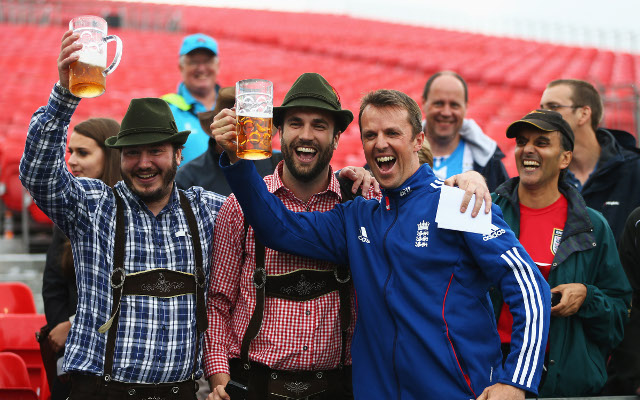 Don’t let anybody ever say Graeme Swann does not know how to have a good time.

Despite retaining the Ashes in the most anti-climatic of circumstances with a draw at Old Trafford, Swann decided to rehydrate in a different way after the day’s play.

Swann is pictured taking a decent swig out a stein given to him by a fan in the crowd, and we at fanatix think this is a quality effort.

However, take a look at Michael Clarke.

If somebody handed a member of fanatix a giant novelty cheque with a decent amount of money written on it, we’d look happier than Clarke.

But he had just lost the Ashes again, so it’s understandable. 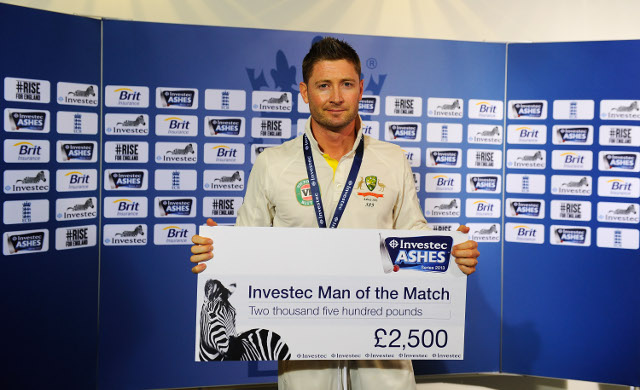