High-priced off-season recruit set to sit on the sidelines for the next two weeks.

The Gold Coast Titans have taken the dramatic action of standing down Origin and Australian representative second-rower David Taylor for the next fortnight.

After joining the Titans this year in a rich off-season move from South Sydney, Taylor has not shown the type of form that is capable of making him one of the most damaging forwards in the competition.

The club was remaining tight-lipped as to which team rules he has broken which led to his suspension.

“Forward David Taylor has also been ruled out of the match after being stood down for two weeks for disciplinary reasons for breaking team rules,” the club said on its website.

“I think Dave at the moment, it’s just a lifestyle for him. And for him so early in the season, at his third club, getting an opportunity to play some decent footy and he breaks team rules,” Tallis said.

“I remember bumping into Wayne Bennett (who coached Taylor at the Broncos) and he asked ‘how’s Dave Taylor going?’. I said ‘he’s going alright’ and he said ‘he’s going to do your head in, he’s the only guy I’ve ever coached that doesn’t have a conscience.’

“So he doesn’t care… I mean he’s just Dave Taylor, whatever happens around him it’s all about himself. And I think that’s shown in some of his performances.”

“I don’t think he broke any laws, whether it’s drinking, (being) late for training or just his attitude to training, but it’s just not acceptable for a guy who… debuted in 2006.”

Taylor’s suspension is just one of many changes for the Titans side to face Parramatta.

Albert Kelly (knee) has been named despite suffering an injury on Friday night, but his halves partner Aidan Sezer (hamstring, round seven) has again been ruled out, with Beau Henry his replacement.

Beau Fallon will start at hooker, with Matt Srama (shoulder, indefinite) out.

Steve Michaels replaces Brad Takairangi (hamstring, indefinite) at centre, while Anthony Don has been named on the bench for his debut.

Luke O’Dwyer and Mark Minichiello have been added to the side in the absence of Taylor and Ben Ridge (pectoral, indefinite).

The only disruption for the Eels sees Jacob Loko (illness, unknown) again being left out following his late withdrawal on the weekend. 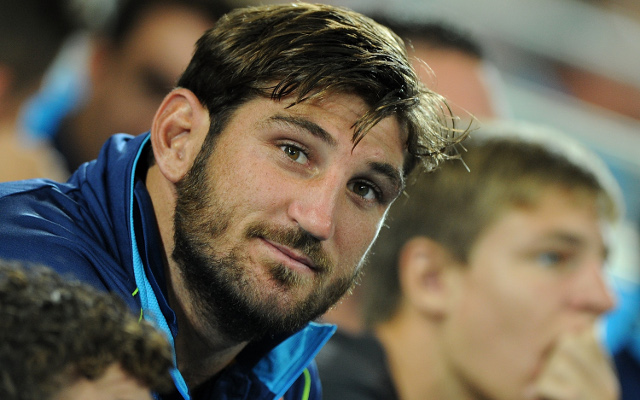