There isn’t a goalkeeper in world football that comes close to Neuer right now. He didn’t have a serious save to make, but his distribution was typically excellent. Deserves to be a winner after the tournament he’s had.

Defensively never compromised, as per usual. Lahm started the tournament as a midfielder, but showed tonight why he’s the best right-back in the world. Barely gave the wall away either.

Rated by many as a weak link before the match, Howedes worked incredibly hard, and was as brave as anyone on the park. His lack of pace was rarely caught out, and he did himself defensively proud.

Nobody ‘ran the game’, but Schweinsteiger came closest. The German dictated tempo during normal time, and was butchered by countless Argentinian fouls in Extra Time – but got up every time and continued offering his side the driving force from the middle.

Outstanding from the centre-back. Wonderfully composed in possession, Boateng didn’t give Messi any time on the ball at all either – and marshalled his defence with aplomb.

Burned for pace twice early on by Messi, Hummels got away with it because the genius wasn’t at his best tonight. His goals throughout the tournament have been crucial for the German though.

A last minute replacement for the injured Sami Khedira, Kramer started excellently, but suffered a bang of heads, and had to be taken off due to concussion.

Brilliant throughout the tournament, not so brilliant tonight. He almost gifted the Argentines the lead with a headed pack pass that landed on Higuain’s feet – and his passing was occasionally off the mark. He won’t care tonight though.

Cut a peripheral figure throughout most of the match, but left to a standing ovation. The tournament’s highest ever goalscorer will never play another World Cup match.

Worked incredibly hard down the right for most of the match, and did equally well when on the left or up top. Muller doesn’t mind where he’s positioned – his attitude and intelligence on the pitch is phenomenal. World-class, even if his style isn’t as aesthetically beautiful as some of his contemporaries.

Played especially well in the first-half, but drifted out of the game in the second. Showed typically nice touches when in possession, and created a guilt edged chance for Toni Kroos in the first.

Schurrle – 7/10 – Looked dangerous every time he got on the ball – and Romero had to make some excellent saves from the Chelsea owned forward.

Gotze – 8/10 – Came on and scored a brilliant volleyed winner. There won’t be a happier 22-year-old in the world right now. 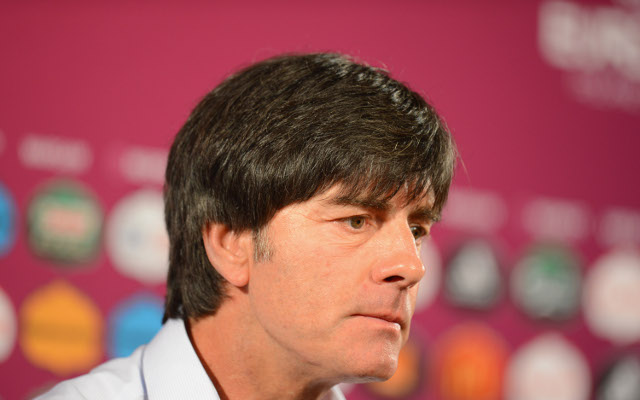