No Gabba choke as the Cats cruise to a 25-point victory.

Geelong squandered a 53-point lead in their last visit to the Gabba but they were not going to let go of this encounter after gaining control with a momentum-turning three-goal blitz just before half-time.

Steve Johnson finished with a game-high 37 possessions and skipper Joel Selwood had 26 with 13 clearances, while All-Australian defender Andrew Mackie also shone in his 200th match.

The only concern for the Cats was an ankle injury to Corey Enright who was subbed out of the clash midway through the third term when the visitors built up a five-goal lead.
No Gabba choke from the Cats as they cruise to victory over the Lions.

Geelong erased memories of last year’s astounding Gabba capitulation by overcoming the Lions by 25 points in the Brisbane wet on Sunday.

A crowd of 20,933 would still have been mostly impressed by Brisbane’s effort as Dayne Zorko was a stand-out and rising star Sam Mayes finished with four goals. 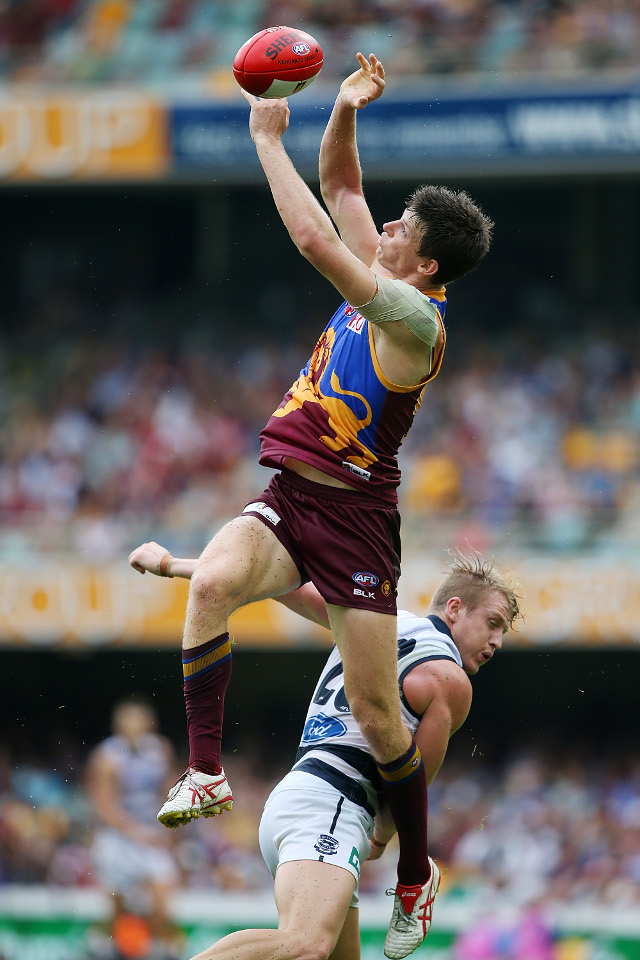 The Lions, who took the contest to Hawthorn for three quarters in Justin Leppitsch’s coaching debut last week, scrapped hard from the outset as the Queensland drizzle made for a scrappy first half.

While the home side failed to register a major in the opening quarter, it was Brisbane who steadied best in the second with Dayne Zorko producing the best skills in the slippery conditions.

But their 10-point lead quickly turned to an eight-point deficit at half-time as Taylor Hunt, Tom Hawkins and Travis Varcoe all goaled in a bare minute of play.

The Cats carried the momentum through the third term as they showed their superior experience and class to build up a 30-point lead when Selwood punished a soft Jack Redden free kick.

With sub Rohan Bewick providing a spark, Brisbane re-entered the contest at the last change but when Geelong went coast-to-coast – for their sub, George Horlin-Smith, to snap truly – after Brown missed a set shot, the result was virtually sealed.