Hawthorn Hawks coach Alistair Clarkson has received a written apology from the club’s former president Jeff Kennett, after he demanded he step down at the end of the season.

After the Hawks’ first round loss to the Geelong Cats, their 10th in a row, Kennett was asked if it as time for Clarkson to leave the club, to which he said yes.

The former Victorian premier explained his stance by saying the players had become to used to Clarkson and other officials at the club, and the lack of a premiership since 2008 was not good enough.

Since then, Kennett has retracted his statements and said he “wish he could take it back” as he distanced himself from his controversial comments.

“Probably uttered in a moment of great frustration because it was just as we were leaving the ground and it actually goes against everything I believe in, in a sense that no individual on their own wins or loses a thing and we do it as a team,” is how Kennett described his state of mind at the time after the latest Geelong loss.

“What I said in signalling out Alastair was totally inappropriate. I am well experienced in dealing with the media so no one is to blame but myself.”

Clarkson still has another year left in his contract after the current season, and in his retraction, Kennett backed him to take the side one step further than last year when they were defeated by Sydney in the grand final.

“I apologise to Alastair Clarkson,” Kennett said in his written statement,

“I was out of line yesterday in holding him solely responsible for our club not saluting in the last three years and for our performance yesterday.

“It is true that with out list of players and the support the club has given the football department that I felt we have underachieved over that three year period.

“Of course that is a subjective view, and on each occasion we were beaten by a better team on the day.

“And yes, someone must accept responsibility for those defeats.

“But maybe in my support for my club I have come to expect too much!

“And on reflection I was wrong to single out Alastair alone.” 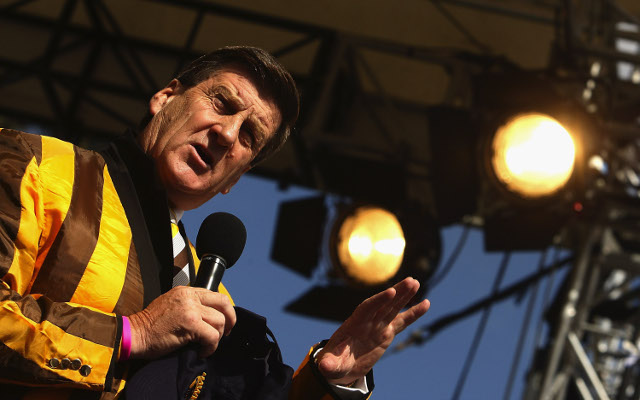