Match on a knifes edge as touring side earn small first innings lead.

England’s bowlers have given their side every chance of wrapping up an Ashes series win after they skittled the Australian tail in the morning session at Chester-le-Street.

Stuart Broad claimed his ninth five-wicket haul as he helped restrict Australia to 270, an overall lead of just 32 as the match loomed into a one innings shoot-out.

Graeme Swann struck early for the home side after he struck Brad Haddin in line, with the Australian ‘keeper wasting review on what was a straight forward call.

Australia fell to be 224-6 to give England some hope of restricting an eventual deficit.

Swann thought he had his second for the morning after Rogers looked to get a edge onto his pad, before it bobbled up allowing Matt prior to scramble around and make a catch. 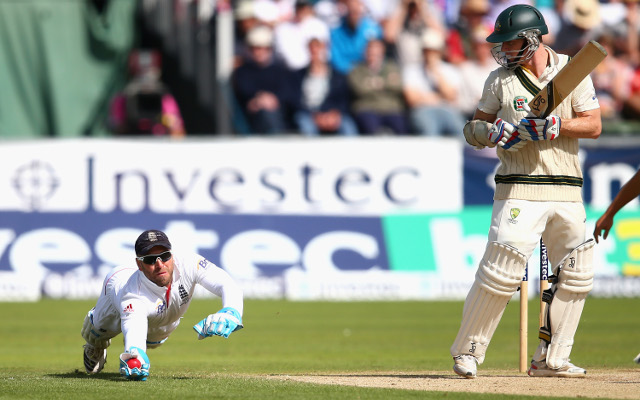 It was ruled not out on the field but England elected to review it straight away, with their decision proving the right one, as Hot Spot showed the ball flicking the glove on the way through.

It brought a close to Rogers’ excellent innings on 110, as England fought back to have their opponents 233-7 with the new ball around the corner.

The conditions had a big say about how the ball was behaving, with James Anderson continuing to struggle to get the movement through the air that made him so dangerous in the first Test.

However, Anderson got his first wicket for the Test as Peter Siddle eventually edged a ball through to Alastair Cook, who took a good low down catch as the tail continued to crumble.

Siddle departed for five and the score moved to 245-8, a lead of just seven as the new-ball continued to be hard to play.

The end was nigh for Australia as Anderson got his second when Nathan Lyon moved too far across his stumps, giving Aleem Dar an easy LBW decision as the ninth wicket fell with the total on 258. 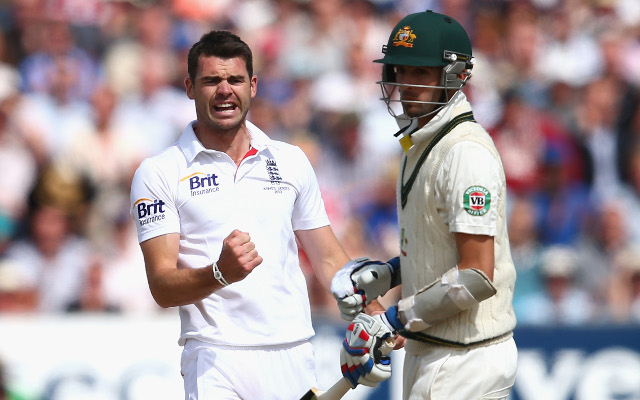 With wickets running out Ryan Harris took the long-handle to the England attack as he made the most of several balls either too full or short by Stuart Broad, who looked to have lost his rhythm.

Broad earned his fifth wicket and the last for the innings when he hit Harris right in front,ending the innings on 270 with Australia taking a lead of 32 after their first innings.

Harris and Jackson Bird struggled with their line and length and their amount of swing varied, thus not enabling them to know where to aim.

However, Joe Root was unable to bat until lunch after he got a near-unplayable ball from Harris that swung late and hit the top of off-stump as England fell to be 17-1, still trailing by 15.

England reached the break at 24-1, with Cook on 17 and Jonathan Trott 5, with just eight runs separating them and an overall lead.