Wayne Rooney became England’s all-time leading goalscorer this evening as the Three Lions maintained their 100% Euro 2016 qualifying record with a 2-0 victory over Switzerland.

The England skipper broke Sir Bobby Charlton’s long-standing record with the second goal at Wembley – his 50th for his country – after substitute Harry Kane broke 67 minutes of deadlock.

The win guarantees England top spot in Group C with games against Estonia and Lithuania to come.

The Manchester City goalkeeper still hasn’t conceded in six games this season. He made a good save from a near-post header and was quickly off his line to thwart Stoke City winger Xherdan Shaqiri.

It was a no-nonsense display from the Liverpool full-back before he was replaced by John Stones. He did the simple things well, although Hodgson would have liked a greater attacking contribution.

The Chelsea centre-half was recalled after being rested in San Marino and led his back four to a clean sheet, mostly implementing the offside trap well as the Three Lions risked playing a high line.

The Manchester United centre-back, making only his second start in this qualifying campaign, took his club form into the international game by producing a very strong defensive display. Harshly booked.

The 20-year-old impressively managed the double threat of Shaqiri and Juventus full-back Stephan Lichtsteiner, and added another assist to his week’s collection with the cutback for Kane. 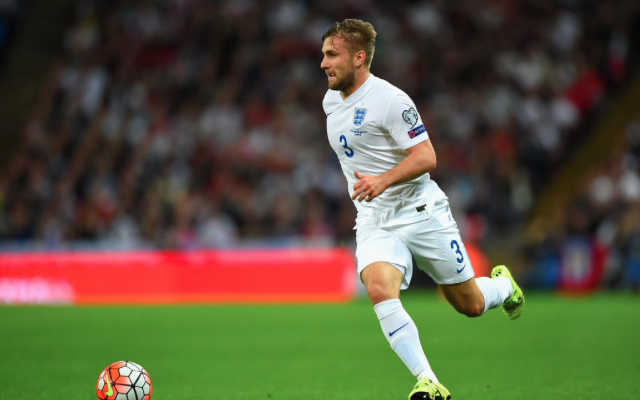