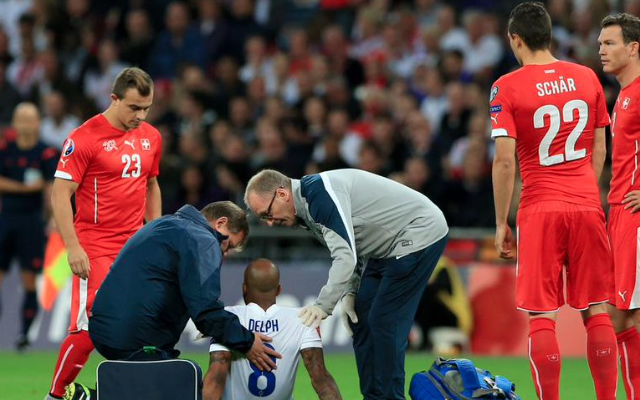 The Swansea City midfielder displayed his excellent passing range when he was given the time – which he was not nearly as often as he was against San Marino and thus he failed to have the same impact.

Although he did little wrong, the Liverpool vice-captain may feel that he could have done more to stake his claim for a regular place in central midfield this week. He has produced two average performances – aside from one crucial goal-saving tackle when Swiss defender Timm Klose charged into the box.

Twenty-four seconds. That’s how long the midfielder lasted before pulling up with a hamstring problem – the same injury which he suffered in pre-season for Man City, which will be cause for real concern.