Former Philadelphia Eagles WR Jeremy Maclin will reunite with his former head coach Andy Reid with the Kansas City Chiefs for an estimated $11m per year.

The Kansas City Star reported on Monday morning that the Chiefs had reached an agreement with the Eagles’ leading receiver on a five-year deal that will pay out an average of $11m per year.

Maclin recovered from a torn right ACL he suffered in 2013 to set multiple career-highs with 85 catches for 1,318 yards (15.5 yards/reception) and 10 TDs. He finished the season 9th in receiving yards.

The 19th overall pick by the Eagles in 2009, Maclin played the first four years of his career for former Eagles head coach Andy Reid. But Reid was fired after the 2012 season and was soon named the new head coach of the Kansas City Chiefs, leading them to two-straight winning seasons and a playoff appearance in 2013.

Maclin’s deal with the Chiefs should mean good things for a team that did not record a single TD by any of their wideouts in 2014 – yet still managed to finish second in the AFC West division. 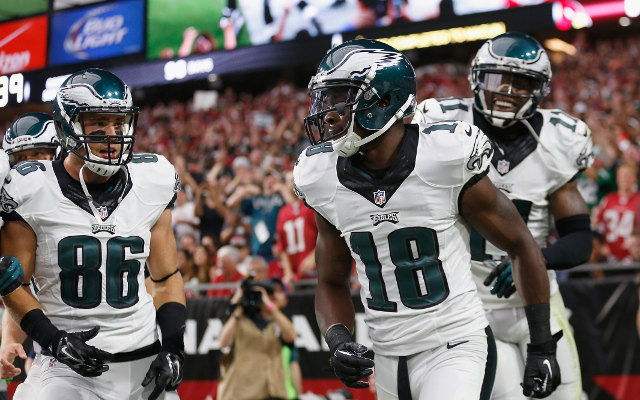