The summer transfer window does not officially open until the start of next month, but lots of Premier League deals have already been confirmed since the end of the 2014-15 season.

Many of the players who have signed for new clubs have been photographed posing in their surroundings, some even in brand new 2015-16 replica shirts.

Chelsea, Liverpool, Manchester United, Tottenham Hotspur, Swansea City and Leicester City are among the clubs who have already taken official snaps of their new signings.

Here, we look at photos of those players celebrating their moves and we rate them on how pleased their look, based on their smiles and body language.

We start with new Swansea striker Andre Ayew, who should look happy. After all, it has been reported that the Swans paid him £5.7m as a signing on fee! 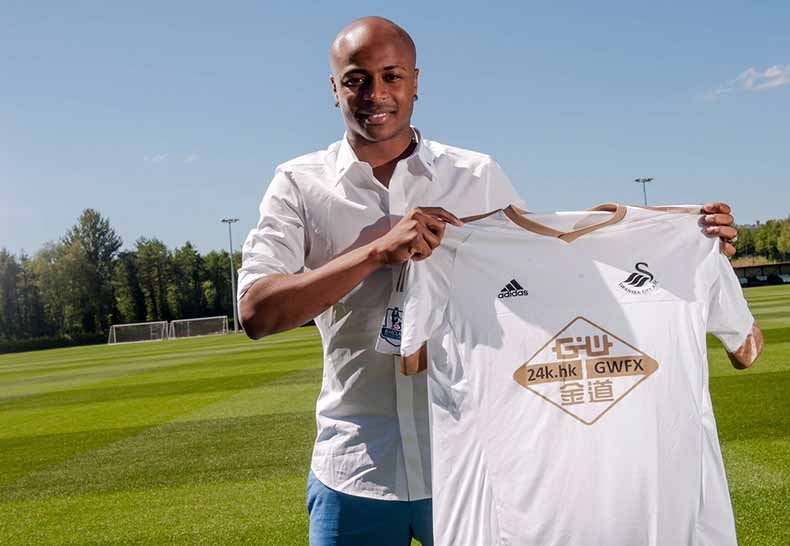