Shane Long completes the move to the KC Stadium.

West Bromwich Albion striker Shane Long has completed the transfer to Hull City for an undisclosed fee and becomes their second signing of the January window. 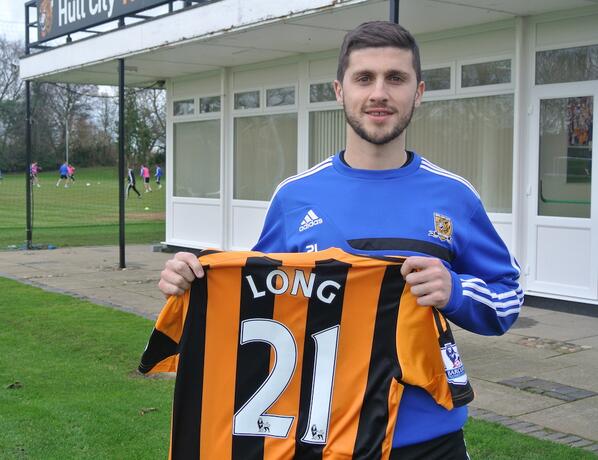 The Republic of Ireland international’s arrival at the KC Stadium came after Hull signed Croatia forward Nikica Jelavic from Everton, meaning that the Yokshire club have spent an estimated £14m on forwards this week.

Jelavic was signed for an initial £6.5million, rising by an extra £1million should the Tigers stay in the Premier League.

British media reports said the 26-year-old Long, who will be available for Saturday’s league game away to Norwich City, had joined for a similar figure although the fee was undisclosed by Hull.

Long had been close to signing for the Tigers, currently an impressive 10th in the table following promotion last season, on deadline day in September before West Brom scuppered the move.

Long will find himself in familiar company at Hull, with fellow Republic internationals Stephen Quinn, Robbie Brady, David Meyler and Paul McShane all on the staff.

“It’s a club that’s on the up, and I’m delighted to be a part of that,” Long said of Hull.

“I’m lucky that I’ve had a few inside informers letting me know what it’s like up here. They all love it up here, and they’re excited by what is happening at the club.

“After meeting the manager, and respecting what he’s done as a player and a manager, I was happy to start a new part of my career here and hopefully I can score a few goals to take us further up the league,” added Long, who scored 19 in 60 Premier League starts for Albion.