Tigers’ back free to play this weekend after no evidence of a bite.

Wests Tigers winger David Nofoaluma has been cleared by the NRL match review committee of a biting allegation levelled at him by Cronulla’s Wade Graham.

Graham made the claim in the Tigers’ 22-20 win over the Sharks at Remondis Stadium on Saturday.

But on Monday the match review committee found Nofoaluma had no case to answer when it issued its charge sheet for round 10.

No charges were made by the committee following the weekend’s NRL action.

After a heated incident involving Nofoaluma and the Sharks back-rower in the first half, Graham said to referee Gavin Morris: “He bit me on the head.”

Cronulla made no official complaint over the allegation and Graham refused to comment on the incident after the game.

Nofoaluma – who wore a mouthguard during the game – said post-match that any contact between his open mouth and Graham’s head was completely accidental and says he never “clenched”.

“I remember running and as I made contact with him my mouth happened to be open and as I came down I didn’t clench or anything,” he said.

“I’m confident I didn’t and whatever he thought I have no idea.

“I couldn’t really do nothing and it’s one of those things. I don’t think there’s any dramas.” 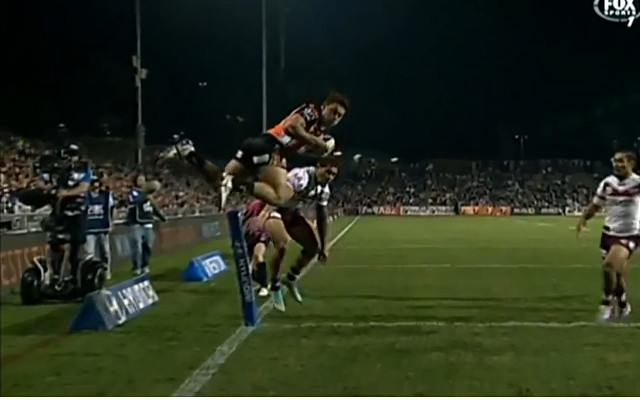