Chelsea star Willian celebrated his side’s victory over Stoke City on Saturday evening by taking his family out for the day – to Peppa Pig World.

The attacking midfielder put in an impressive shift at Stamford Bridge.

His team look almost certain to lift the Premier League trophy in May after securing another three points, but, rather than lavishly celebrating his performance, the Brazilian opted for some priceless time with his family.

Willian took his wife Vanessa Martins and two daughters to the Peppa Pig theme park in the New Forest over the Easter weekend – in what’s a well earned rest for the hard-working Blues ace. 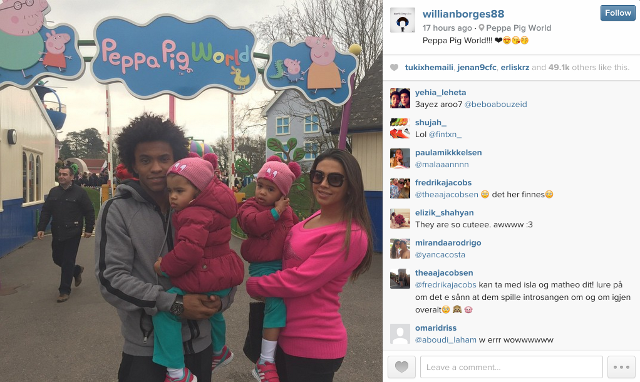