Leicester City left the Potteries with a point this afternoon after a rousing second half comeback saw them draw 2-2 with Stoke City.

Stoke struck twice in the first twenty minutes through Bojan and Jon Walters, but a Riyad Mahrez penalty just after the break and a Jamie Vardy goal in the 69th minute left the game level.

It means Stoke are still winless in the 2015-16 season. They have now slumped down to 18th and into the bottom three. Leicester, meanwhile, remain unbeaten – one of only two sides in the league (along with Manchester City) to hold that record.

It is the second consecutive game that Leicester have been forced to fight back from a 2-0 deficit; last weekend they were two down against Midlands rivals Aston Villa before firing in three late goals.

Mark Hughes’ men looked to be heading for a comfortable three points at the break, but were undone by some shocking defending and a lack of killer instinct in attack.

Vardy’s equaliser was shrouded in controversy, with the Stoke boss believing that his side should have had a freekick on the edge of Leicester’s box moments earlier.

Next up for both sides is the League Cup Third Round. Leicester have a home game against West Ham while Stoke travel to Championship side Fulham. 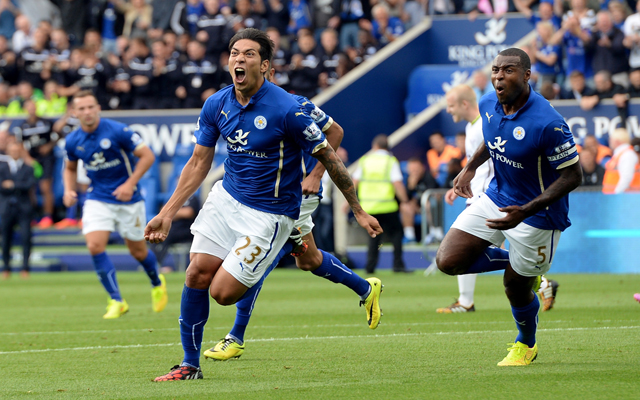