Serbian enforcer should be given his second Chelsea full debut!

The Australian keeper will start in the FA Cup barring a late injury, as Petr Cech is usually rested for the domestic cup competitions. Schwarzer has a wealth of Premier League experience, and is unlikely to let anyone down.

The Serbian has recently returned from injury, but played an important part of Chelsea’s Premier League victory over Manchester United last weekend. Azpilicueta could similarly start on the right of the back four, but we’re pretty sure Ivanovic will retain his place.

Chelsea’s captain is enjoying a wonderful season, and is again showing the form that led many to once consider him as the world’s best centre-back. Terry’s an ever present at the back for Chelsea, and without too much defensive cover, we expect him to start against the Potters.

Mourinho is unlikely to break up his ultra solid central defensive partnership. David Luiz is often used as an anchoring midfielder now, as Cahill is playing excellently, and Terry has arguably been the best defender in the country this season.

Spanish fullback Cesar Azpilicueta is now first-choice for Jose Mourinho, meaning he could be rested for the FA Cup, with Ashley Cole stepping up in his place. 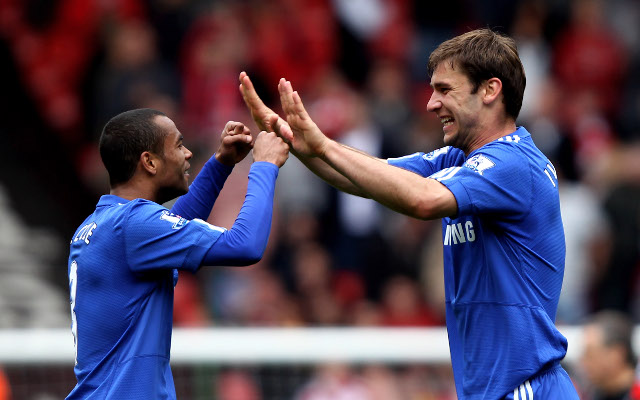